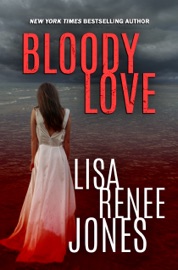 One.
Two.
Three.
The cat is in the tree.

As far as Lilah's concerned, her note writing stalker just gets more stupid everyday. One, two, three, the cat is in the tree? What is that? And what does it have to do with a wedding turned bloody?

Lilah continues to hunt for the monster who killed a bride-to-be while she awaits news on Kane's chopper that emergency landed in the ocean. She's angry. She's worried. She's ready to kill the man she knows is responsible for Kane's crash: Pocher.

It's a race against the clock to save Kane and catch a killer.